The etymology of the paella

To speak about the etymology of the name “paella”, it is necessary to understand that one calls “paella” in all the area of Valencia, the pan in which the paella is cooked.
Hence the generic name Paella Valenciana which is prepared in the said utensil.
Etymology is therefore about the pan and not the dish.

The origin of the name of Paella 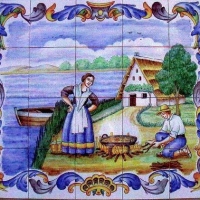 The etymon of the word paella is Latin PATELLAM, and the rules of phonetic evolution from Latin to Romance languages, easily explain its form.
These are the changes that have occurred over the centuries: