La Paella, the best known dish of Spanish cuisine is from Valencia.
Valencia, the former capital of the Kingdom of Valencia, is located on the banks of the Turia. It has long been based on economic agriculture and trade.
Today we know of the region of Valencia:
– its immense beaches of fine white sand, its sun.
– his fields of orange trees as far as the eye can see.
– its traditions of festivals and fanfares in all its villages.
But little is known about its rice fields near the Albufera and the rich irrigated and fertile “huerta” around the city of Valencia, which supplies its inhabitants with fresh vegetables.

The geography of this land

To the east the region of Valencia, called “Levante”, is bordered by the Mediterranean from where it pulls fish and shellfish. To the west, its rugged Iberian mountains shelter it from the winds and give it plenty of water through many springs.
Between the two: orchards, rice fields and green plains, orange trees as far as the eye can see.
Barnyard animals, vegetables and finally fish, all in abundance: the basic elements of all paella rice are everywhere.

The province of Valencia produces 50% of the Spanish rice. And the natural park of Albufera and the city of Sueca (about thirty kilometers from Valencia) alone concentrate more than 9,000 hectares of rice.
This is where the Paella was born.

Turning towards the 3rd millennium, as proves among others the very avant-garde City of Arts and Sciences of Santiago Calatrava, Valencia is a true crucible of culture, with an architectural heritage with Roman origins, Visigoths and Moslems, but also rich in achievements of the Renaissance or Art Nouveau. The third city in Spain has also recently built a reputation for hosting major international sporting events: the America’s Cup, the European F1 Grand Prix, the Moto GP, the Valencia Tennis Open ATP 500 …
With its lively streets lined with Gothic and Baroque buildings, its historical and contemporary monuments, renowned museums, renowned gastronomy, vibrant nightlife and long sandy beaches, Valencia is attracting many visitors.
Its emblems: the paella of which it is the place of invention and the agua de Valencia, a blend of champagne and the famous Valencian oranges.
Festive, life in Valencia is punctuated by major traditional events, like the Fallas, which every year on March 19, put the city in a trance.

The Autonomous Community of Valencia 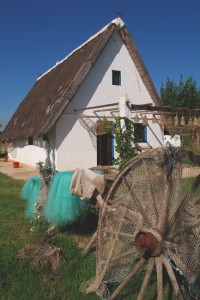 It covers an area of 23,255 km2, and is proud of its eminently Mediterranean landscape where vast coastal plains coexist with the mountainous areas. Its 632 kilometers of coast allow you to enjoy the sea and an exceptional climate throughout the year. A thousand-year-old culture, innumerable patron saint festivals, important seaside resorts, large cities like Valencia and Alicante offering all types of services, but also small quiet villages in the hinterland.
The Autonomous Community of Valencia is formed, from north to south, by the provinces of Castellón, Valencia and Alicante giving birth, in terms of tourism promotion, to four great destinations: Costa Blanca, Benidorm, València Terra i Mar and Castellón Costa Azahar.