The legend of Paella

This legend of Paella takes place during the Spanish War of Independence (1808-1814), which opposed Spain and France.

Once upon a time…

During the occupation of Valencia by the Napoleonic troops, a French general had made many prisoners.
One day, he was in awe at the taste of a Paella, and he demanded that he be introduced to the cook responsible for such a marvel.
He still wanted some.
He wanted to relive this journey of the senses.
He therefore offered him a deal: he promised to release a Valencian prisoner for each new version of the paella she would cook for him.
The beautiful Valencienne had talent and imagination.
The freedom of this special dish, this unique rice and the gifts of nature around Valencia did the rest.
She tells herself that she managed to release 176 prisoners and that the general was relieved of his position. 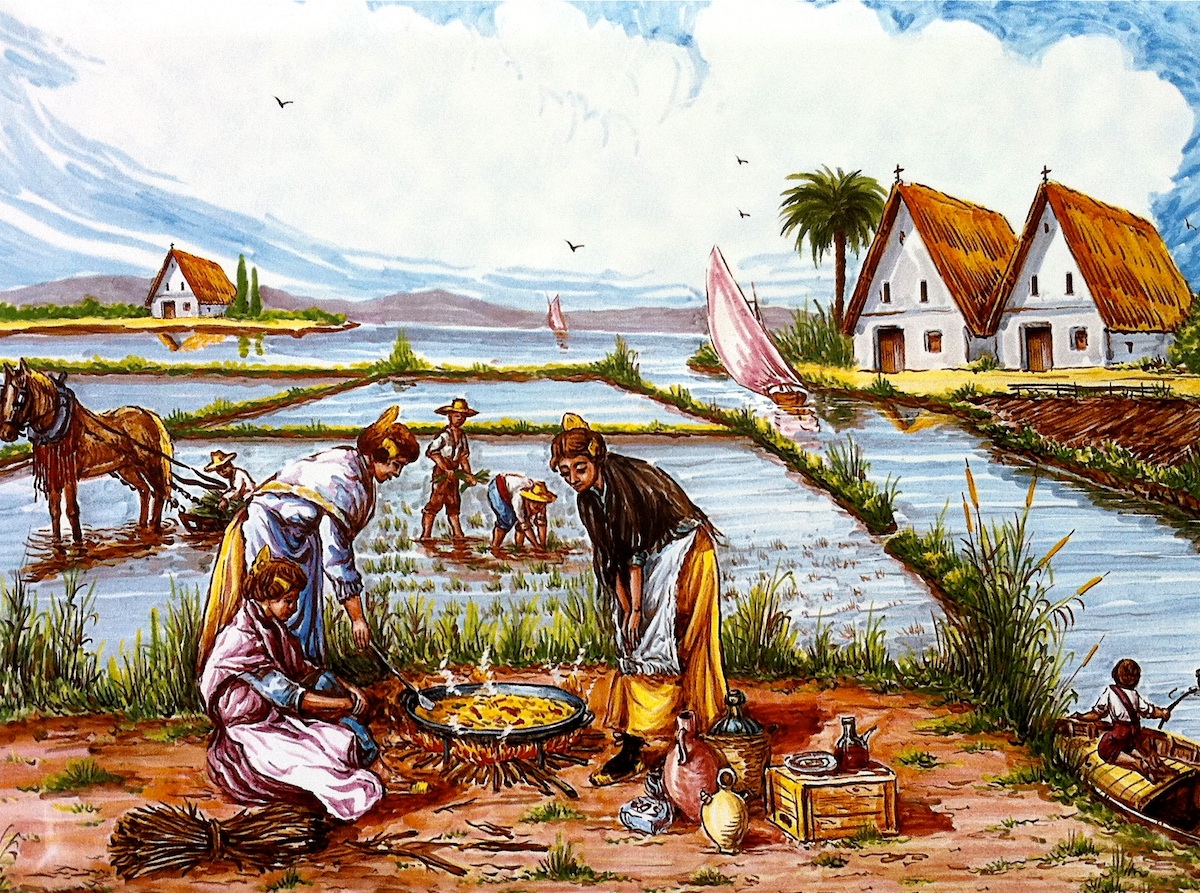 The legend of Paella Eastern version

There is another version of this legend even more far-fetched but very exotic, with a caliph, under the Moorish domination.
You will find it easily on the internet.
Here is a version on a forum Andalou.